Excerpt from the BC Cetacean Sightings Network's Fall Newsletter:

"On September 4th 2018, naturalist Sarah Hauser of Campbell River Whale Watching was thrilled to report a cetacean that she had never seen before – a hybrid between a Dall's porpoise and a Harbour porpoise. Hybrids between these two species do occur in B.C. waters, with the Harbour porpoise usually (but not always) being the father. Hybrid porpoises usually resemble the Dall’s in appearance and behaviour, but are paler in colour and lack the Dall's distinctive white flank patches. Sarah noted that this hybrid was seen with approximately eight other Dall’s porpoises in Cordero Channel. When she turned off her boat, the group zipped by the vessel a few times, allowing her to get this great shot. Dall’s porpoises are designated as Not at Risk (1989), while Harbour Porpoises are listed as Special Concern by the Committee on the Status of Endangered Wildlife in Canada (COSEWIC) due to threats such as development, underwater noise, and contaminants." 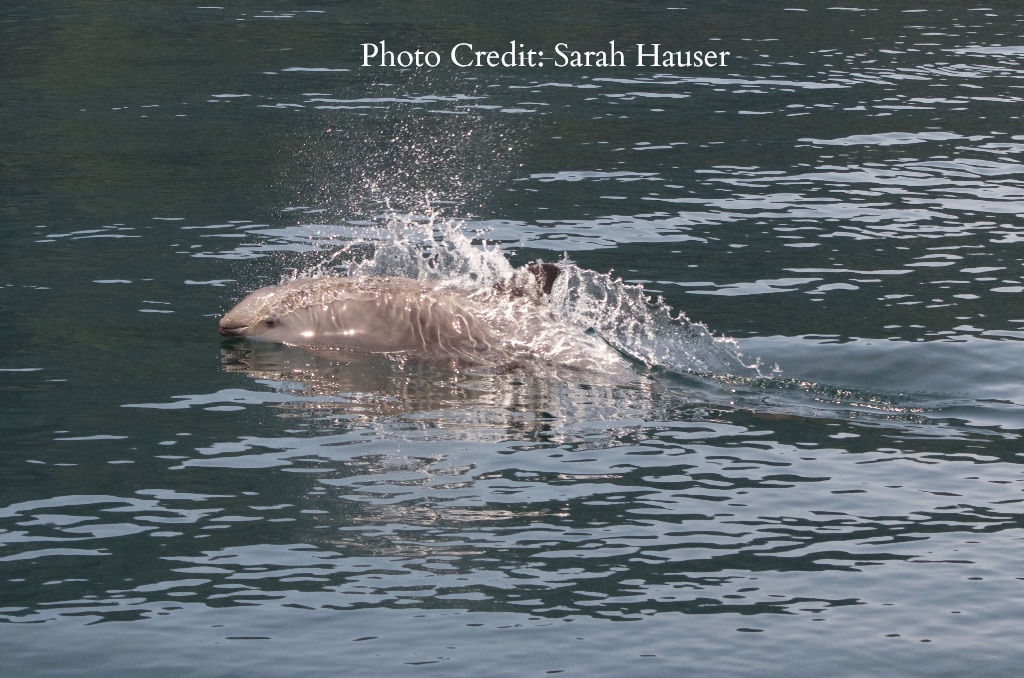